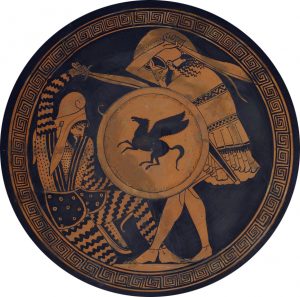 The Ionian revolt had now broken out, with the unrest spreading north to the Hellespont, south into Caria, and as far as Cyprus. Though, the Persian Empire would not stand by idle and would launch counter offensives to squash the rebellion bringing the western part of the empire back under control. The Ionians now pacified, would now make up some of the vast forces that would be directed at Greece during the two Persian invasions. The Hellenic league of the Greeks would eventually defeat Persia’s invasions and bring the war to Anatolia, where the whispers of another Ionia revolt erupted into action, and where Herodotus would say “They proved to be the Persians bitterest enemies”. 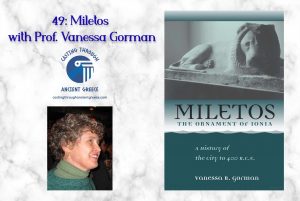 The Greek city of Miletos in western Anatolia would be described by Herodotus as being the ornament of Ionia. This referring to the affluence of the city during the Archaic period and its position amongst the many other Greek cities in Ionia. In this episode I am joined by Prof. Vanessa Gorman who takes us through the history of this wealthy and influential city. We begin by covering the earliest periods of history around the site of Miletus, following through the Bronze Age and arrival of the Greek. We then end with the decline of the city after being subject to the Persian Empire. 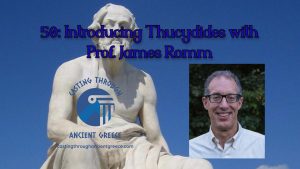 After over a hundred thousand downloads and with the upcoming release of the 50th episode we will now be transitioning into the Classical Age in Ancient Greece. This will see us leave behind the period of the Persian invasions and Herodotus as a foundational source. To where we will now become acquainted with Thucydides as we begin to make our journey towards the Peloponnesian War and one of the greatest events of the Classical Age in Greek lands. To begin this journey, I will be joined by Prof. James Romm, author - editor of The Sacred Band, Ghost on the Throne and the Greek Histories, plus many others. He will help introduce us to Thucydides and the period of the Peloponnesian War. 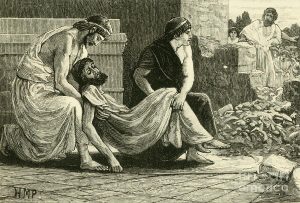 The Persian invasion of 480 BC saw the Greeks begin campaigning east into Persian controlled lands. 479 BC would see continued campaigning taking place now with a number of eastern Greek cities a part of the Hellenic league. This period would also see Athens for the first time take control of the navy with Sparta returning home. Though, in the campaigning season of 478 Sparta would return with a new commander for the navy, Pausanias, who had led the forces at Plataea. Though, his fame would be shorted lived with cruelty and corruption leading to his downfall. He wouldn’t be the only Spartan royal figure to fall from grace, the king Leotychidas would also find himself exiled on charges of corruption. 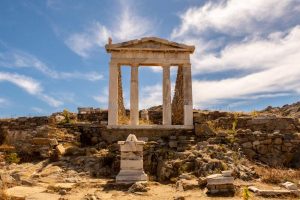 52: Birth of the Delian League

The Peloponnesian league had been in existence since the 6th century BC with Sparta at its head, helping lead to their reputation as the most powerful city state in Greece. In 481 another league would be formed that would be a response to Xerxes invasion into Greek lands, the Hellenic league, with both Sparta and Athens members. Now, with the defeat of the Persian forces in Greek lands, priorities and interests would see direction within the Hellenic league conflicted. Out these new realities a new league would be formed, this time with Athens at it head. It would look to secure interests in the Aegean for themselves and the many members coming from the islands and other eastern Greek cities. This league would be named the Delian league, and in this episode, we will be covering what lead to its foundation and what was established.

Birth of the Delian League 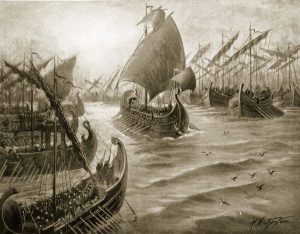 53: Debut of the Delian League

The Delian league now formed, would set off on its initial campaigns under the command of the newest influential political figure from Athens, Cimon. The league would begin to see about pursuing its objectives of protecting Greek freedom and defending against Persian threats in the region. Though as the years past, Thucydides would give us a picture of Athens increasing its power through the league activities. This would see the Delian league focus on other Greeks, sometimes with pragmatic justifications, others, Cohesion and protecting the leagues integrity when members sought to leave.

Debut of the Delian League 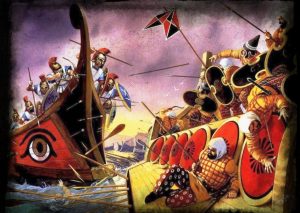 The Delian league had now been campaigning throughout the Aegean for around ten years. The account Thucydides provides of this period suggests they would quickly shift focus from Persian targets to Greek ones. Though, this preserved absence of the Persians in the region would come to an end just over ten years after Xerxes second invasions of Greece. The Greeks would become aware of Persian forces assembling on the coast of southern Anatolia. The Delian league now had their target for the coming campaigning season, which would be the largest Persian force encountered since Mycale. The league would set sail and meet the Persians at the mouth of the Eurymedon River before they could have a chance to launch yet another offensive against Greek lands. 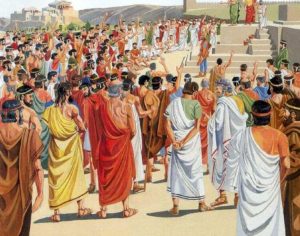 After the defeat of the Persian invasions in 479 BC, the Greeks continued operations over the preceding years in the Aegean. Though, the political landscape back on the Greek mainland had changed with the new realities before them. Both Sparta and Athens now had to decide their best path forward in the wake of this victory to ensure their continued growth and retain the influence they had amounted. The next ten years would see both of these city states establish their policies that would path the way for future conflict between these two great powers within Greek lands. 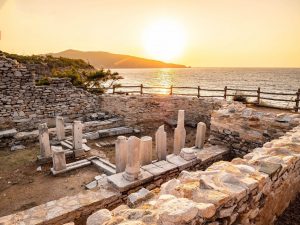 In the wake of the Delian league’s victory over the Persians at the Eurymedon River they would continue to campaign, this time closer to Greek lands. Though, another of the Delian league’s original members would now also revolt. The island of Thasos would have a number of shared economic interests with Athens and therefore the League as a whole. The islands would be subjected to a siege for over two years where they would seek help outside of the Delian league. The path to greater conflict can detected in this request, as Sparta would be the city they turned to and they would make a secret agreement to attack Athenian territory. Though, this attack would not eventuate due to Poseidon the earth shaker devastating Sparta, which would lead to further crisis on the Peloponnese and also seeing that path to conflict further laid. 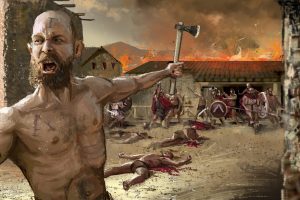 57: Troubles on the Peloponnese

Poseidon the earth shaker would rock the Peloponnese in 464 BC, this earthquake, uncontrollable by man would drive events and influence inter polis relations. This disaster would hit Sparta hard, with the Helot class seeing an opportunity to gain their freedom. A revolt of Sparta’s slave population would breakout that would require more than just the resources of Sparta. They would turn to the Peloponnesian and Hellenic league to help bring this rebellion under control. Surprisingly, Athens would come to Sparta’s aid, but would be sent away not long after arriving with their army. This treatment of Athens would lead to open hostility between the two cities while also seeing the political situation in Athens change. 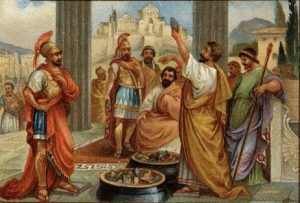 The political sands in Athens were beginning to shift as the 460’s was coming to a close. Events around the siege of Thasos, and the Spartan’s rejection of Athenian help during the helot revolt, would see opposition against Cimon form in the sources. Two new political figures would enter onto the pages of Athenian history. This would be Ephialtes and Pericles, who would begin to see changes within the political structures take place, which would lead to direct democracy. Though, unfortunately, for Ephialtes an act of political violence would see him assassinated before it would be fully realised. This would leave Pericles at the head of this new faction and would see him dominate in Athenian politics for decades. 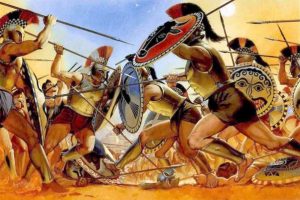 Conflict between Athens and Sparta would now develop as the 460’s came to a close, seeing what is often called the first Peloponnesian war breakout. Athens would focus on securing its position in the face of this new conflict by focusing on Sparta’s closet allies and fiercest rivals. This would see new alliances form and a series of regional campaigns develop. Sparta would finally enter into the conflict in response to Athenian actions some 3 years later. This involvement would see these past Hellenic league members face one another at the battle of Tanagra in 457 BC. This clash would be but the first in what would develop over the proceeding decades.