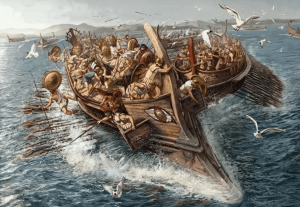 24: The Battle of Salamis

The pass at Thermopylae had fallen to Xerxes and his forces, the Greek fleet at Artemisium had withdrawn after 3 days of fighting and Athens now lay in ruins. The best part of the Hellenic league fleet now lay at the Island of Salamis, though far from united in their enthusiasm to engage the Persian fleet. It would take a ruse by Themistocles to back the Greeks into a corner to where they would have no choice but to fight the battle of Salamis, one of the most pivotal battles of the second Persian invasion.

The Battle of Salamis 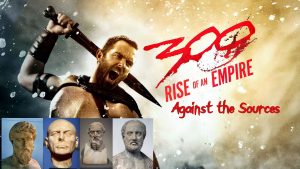 The movie 300: Rise of an Empire is the follow up to the film 300, this time depicting the naval battles of Artemisium and Salamis. This time around the focus would be on Athens and their ideals of freedom and Greek unity. We will once again look at the events in the film and see what can be found in the ancient Greek sources and how much artistic licence was needed to tell the story its creators wanted to put across. 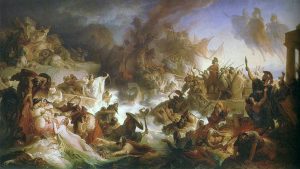 The Hellenic league had won the battle of Salamis, though they hadn’t realised the extent of their victory. Xerxes would decide to march back into the empire with his forces and send his fleet back across the Aegean. Though, Mardonius would be left in Greek lands with a picked force to continue the war. The Greeks now had gained some breathing room, but if the Greeks were going to defeat the invasion once and for all, they would need to unite on land in one of the largest armies yet seen assembled. 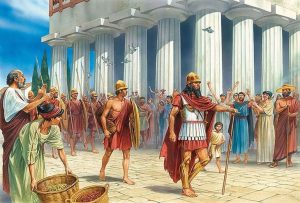 Athens had now been occupied by the Persians for the second time in a year, with the refusal of Mardonius’ terms. Though the Spartans and other Peloponnesians still had not advanced north to challenge the invaders. Delegations were being sent from many polies to Sparta to plead for them to act and the Hellenic league to unite once again. After much delay and unclear political motives, the Spartans would surprise everyone with their army marching while talks were still taking place. The campaign had now begun, the Greeks would march into Boeotia where they would face the Persian army near the small polis of Plataea.

The Road to Plataea 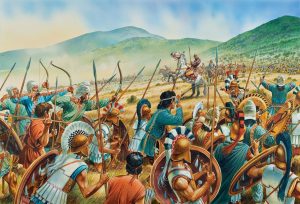 The Hellenic league had now arrived in the foothills of the Citheron Mountains. Before them, stretching out over the plains ahead and across the Asopus River was the Persian army. It would be here that the fate of Greece would be decided, though the gods had revealed to both sides to stay on the defensive. The Greeks would become emboldened after some success against the Persian cavalry but the next 10 days would be dominated with small raids and manoeuvres in attempting to gain some sort of advantage. 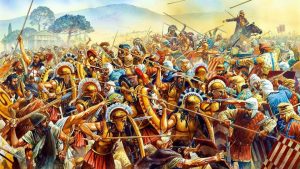 29: The Battle of Plataea

The Greeks had been in the field prepared for battle for 10 days without a general engagement taking place. They had withstood the constant raids and skirmishes by the Persian cavalry, but were now in a precarious position. They were now without a fresh source of water and their supply line had been disrupted. Pausanias, now ordered a night time withdrawal which would finally present the Persians an opportunity to attack and would finally see the battle of Plataea develop, the largest battle of the Greco-Persian wars.

The Battle of Plataea 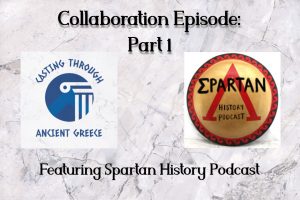 Casting Through Ancient Greece and Spartan History podcast team up do do a collaboration episode. We discuss how we got into podcasting and why Ancient Greece. We talk about our shows, ourselves and many topics around Greek history. Check out Steve's podcast spartanhistorypodcast.com and find him on twitter @spartan_history and facebook at spartan history podcast 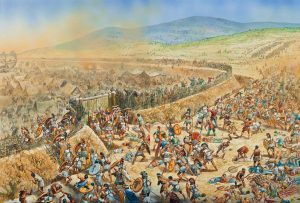 31: The Battle of Mycale

The Hellenic league had been victorious on the plains of Boeotia, in the battle of Plataea. Tradition would have it that on the very same day across the Aegean the leagues fleet under the command of the Spartan king, Leotychidas would also engage the Persians in another decisive battle. The Greeks would sail out intending to fight a naval engagement, but events would quickly see it turn into a land battle fought on the Anatolian coast at the base of Mount Mycale.

The Battle of Mycale 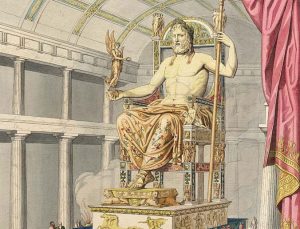 The Greeks were now victorious in two decisive engagements of 479 BC, they had put a stop to Xerxes invasion after the Persian defeats at Plataea and Mycale. Eventually the various Greek city states would devote a percentage of the spoils of war to their gods for helping them vanquish the invaders. Though, operations had not stopped and the Greeks would still be taking measures within Greece and outside to ensure the Persians would not launch yet another invasion. 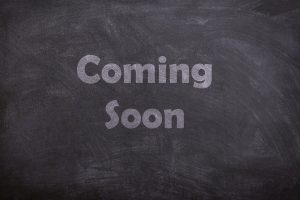