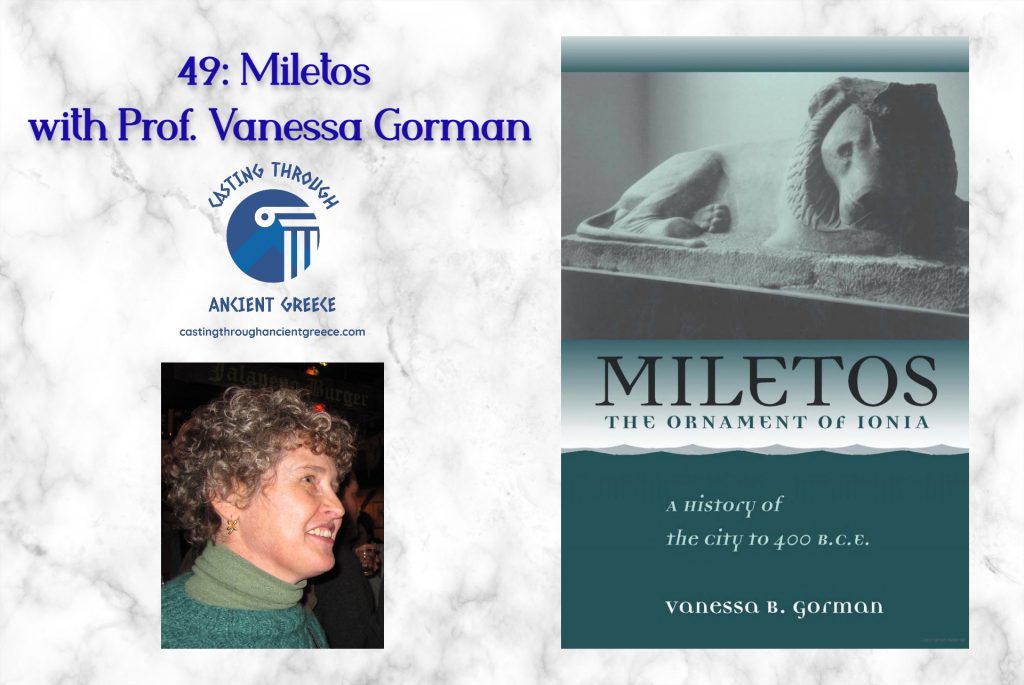 The Greek city of Miletos in western Anatolia would be described by Herodotus as being the ornament of Ionia. This referring to the affluence of the city during the Archaic period and its position amongst the many other Greek cities in Ionia. In this episode I am joined by Prof. Vanessa Gorman who takes us through the history of this wealthy and influential city. We begin by covering the earliest periods of history around the site of Miletus, which leads us into the Bronze Age and the various connections the city had. We then look at the period of the Bronze Age collapse in the region and the period afterward that would see the arrival of the Greeks from mainland Greece. We then look at a city that would become one of the most affluent within the Greek world during the Archaic period. Before we then turn to the decline of Miletus on the backdrop of the subjugation to the Lydian and then the Persian Empire. We then finish off with a bit of an overview of the city after the Greek and Persian Wars before then ending with a look at an open-source language course developed by Prof. Gorman.

For Prof. Gorman, language was a huge part of her journey into understanding the ancient world to where she would become proficient in reading Ancient Greek, Latin, German, Italian and French. Her realisation of the importance of language also saw Prof. Gorman create an open-source course available to all called Reading Ancient Greek in the Digital Age.

“The Truphē of the Sybarites: A Historiographical Problem in Athenaeus.” Co-authored with Robert Gorman. Journal of Hellenic Studies 127 (2007): 38-60.

“Milesian Decrees of Isopoliteia and the Refoundation of the City, ca. 479 BCE.” In Oikistes: Studies in Constitutions, Colonies, and Military Power in the Ancient World. Offered in Honor of A. J. Graham, eds. Vanessa B. Gorman and Eric Robinson (Leiden 2002) 181-93.