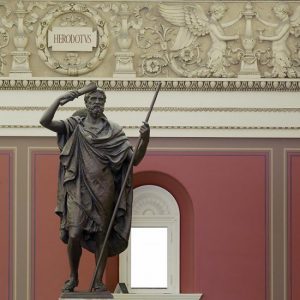 36: Herodotus, The Father of History

“Herodotus of Halicarnassus here presents his research so that human events do not fade with time. May the great and wonderful deeds – some brought forth by the Hellenes, others by the barbarians – not go unsung; as well as the causes that led them to make war on each other.”

These are the opening lines of one of the oldest works of history written by Herodotus, labelled the father of history. In this episode I turn to looking at who Herodotus was, what he covers in his histories and how he went about putting it together. 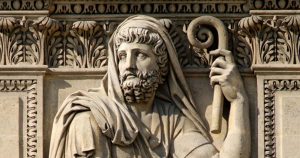 37: Herodotus, The Father of Lies

“because it is simple and lacking in effort and easily runs over events, has thoroughly deceived many people” (Plutarch, on the Malice of Herodotus)

Herodotus, the father of history has also been tared with the title, Herodotus the father of Lies. This comes from his willingness to include strange and fantastical tales throughout his work. Though, a number of his reports that were long thought made up have been vindicated in our times. In this episode we will be turning to looking at Herodotus’ reliability, his critics and the criticisms they level at him. 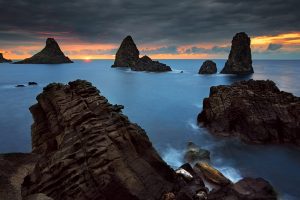 The Island of Sicily, just below Italy would be one of the first areas colonised by the Greeks during the 8th century migrations. Later the island would be known as Magna Grecia, greater Greece, due to the number of Greek cities that would come to dot the island. In this episode I will look at the early history of Sicily before the Greeks arrival, which is covered in mystery and still debated to this day. Then we will look at the initial colonising activities of the Greeks. 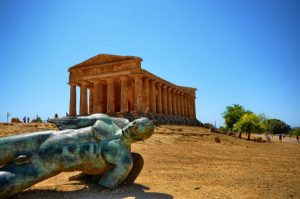 Greek colonies would continue to be founded on Sicily as a new wave of expeditions would flow from the Greek mainland into the 6th Century BC. This continued growth in the region would see competition over trade and the trade routes start to develop between the Greeks and Phoenicians. One of the largest Phoenician cities Carthage now a power in its own right would take measures to secure it interest in the western Mediterranean, while the Greek cities would start to see the emergence of Tyrants in a number of their cities, following in the footsteps of their mother cities. 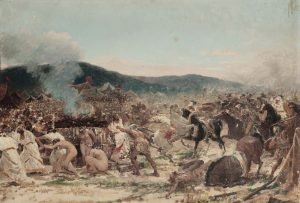 40: Sicily, The battle of Himera

The Greeks by the late 6th and early 5th centuries BC had expanded and were now well and truly established on Sicily. As events were moving towards the Greco-Persian war over in Greece, Sicily would see the rise to power of the most powerful Tyrant yet, Gelon. He would bring many Greek cities under his influencing, including the wealthy city of Syracuse. Though, the Greeks would face their own invasion crisis coming from Carthage, which would see the first Sicilian War develop. 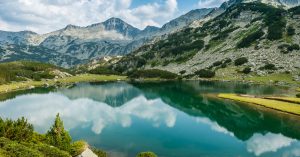 North East of Greek lands would be another region that would enter the Greek periphery as Greece was emerging from the dark ages. The Greeks would refer to the peoples that occupied these lands as the Thracians. Though, these people would be a lose collection of tribes with a shared common culture rather than a united people. Herodotus would say of the Thracians; “If they could all be united under one ruler and think the same way, they would, in my opinion, be the most invincible and strongest of all nations. But that is impossible; it will never happen, since their weakness I that they are incapable of uniting and agreeing.” 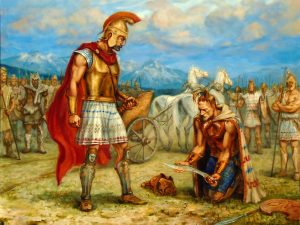 The Thracians would become famous for their fighting abilities in foreign armies as mercenaries, often fulfilling the role of skirmishes, excelling at hit and run tactics. Though, in the 6th and early 5th centuries we receive very little detail of their battles. We do hear that they were able to defeat Greek colonists and inflict heavy losses on the Persians during a period that their lands would become a crossroads of campaigning for the Persian empire with their attempts to expand north to Scythia and west towards Macedon and Greece. 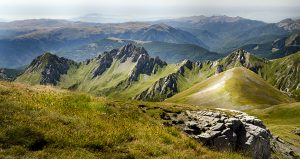 The Macedonian kingdom would develop on the Periphery of the Greek world becoming intertwined in Greek affairs as the centuries past. Though before this, their origins would only come down to us through references in myth and from the traditional tales related by ancient writers. The Macedonians, themselves would present the ruling dynasty as descending from the hero Heracles, with its founder Perdiccas being exiled from the polis of Argos. He would unite local tribes up in the Balkan region establishing the Kingdom of Macedon, before then expansion would see the kingdom grow. 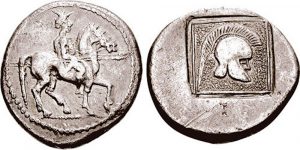 As the Greek and Persian wars would enter into the historical record, so to would one of Macedonia’s kings. Alexander the first of Macedon and its seventh ruler would be the first to be given more detail treatment in a historical work. Alexander would be shown as a king in a precarious position on the eve of the Greco-Persian Wars. He held a strong relationship with the Greeks and held a particular friendship with Athens. Though, having submitted to Xerxes and with Persia occupying his lands, Alexander was forced to play a delicate balancing act as the war unfolded. 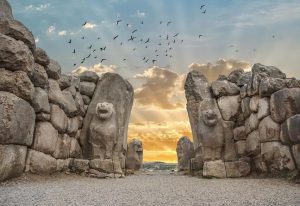 We next visit the ancient and mysterious lands of Anatolia in out look at the Greek Periphery. We begin back over one million years with the first indications of human activity, with sporadic evidence showing continued signs of occupation for hundreds of thousands of years. Once reaching the Neolithic at the end of the ice Age, organised centres of religion and occupation would present themselves challenging long held views on hunter-gathers. As the millennia passed the emergence of the Bronze Age would also see the rise of great empires, such as the Hittites. But the Collapse of the Bronze Age took hold it would also affect the lands this far east. 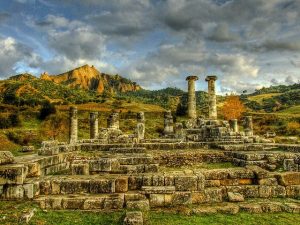 The collapse of the Bronze Age had seen the Hittite Empire disappear, leaving a series of fragmented kingdoms throughout the region. Though, as the region recovered yet more Empires would appear. First the Neo-Assyrians, who would then come to be replaced by the Persians appearing out of obscurity. Over on the west coast of Anatolia, another Empire would emerge out of its kingdom status, the Lydians. The Lydians would have many interactions with the Greeks who would arrive on the Anatolian shores at the start of the iron age. After some four hundred years of independent government, the Ionian Greeks would become part of the Lydian Empire, then with the Lydians downfall, the victorious ever-expanding Persians would come to control western Anatolia. 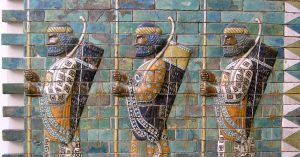 47: Anatolia, Revolt in the West

The Greeks of Ionia would experience the fall of a great empire that had only subjected their cities a generation earlier. Croesus’ Lydian empire would be defeated and absorbed into the Persian Empire founded by Cyrus the Great. The Greeks would not regain their freedom but now would be answerable to the Persian empire. The systems of tyranny that had developed in the various Ionian Greek cities along with Persian tribute demands would eventually see condition ripe for revolt to break out in western Anatolia. The Greeks would organise themselves In Ionia and receive help form mainland Greece, where in 498 they would march on Sardis seeing the first action of the Ionian revolt.

Revolt in the West