36: Herodotus, The Father of History 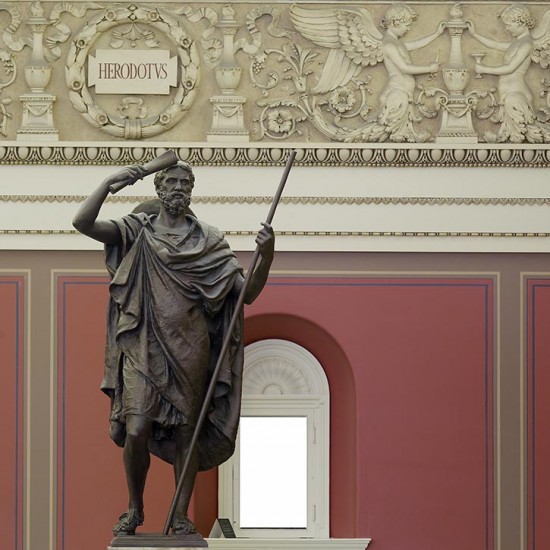 “Herodotus of Halicarnassus here presents his research so that human events do not fade with time. May the great and wonderful deeds – some brought forth by the Hellenes, others by the barbarians – not go unsung; as well as the causes that led them to make war on each other.”

These are the opening lines from the oldest surviving work of history in the western world and would open so much more than just an account of the Greek and Persian wars.

In this first episode on Herodotus, we will look at who Herodotus was, as much as the known information lets us. We will also turn to looking at what his ambitious work, the Histories would cover. There is so much more than just a historical account, with geography, anthropology, ethnography, folklore and even hints of Philosophy.

His work would be broken up into nine books into the medieval period, each book denoting a scroll that the Histories was originally written on. Within these books would be many digressions that Herodotus would become well known for and where we see many of the elements that would make this so much more than a history come into play.

We also look at the potential sources Herodotus would have used, from written accounts, his enquires and his own observations. We take for granted the process of gathering sources today, but back 2500 years ago there would have been a number of hurdles for someone seeking reason for events in the past.

Online versions of the Histories