The Persian Empire had launched its first invasion against Greece in 492 BC after their involvement in the Ionian revolt. The campaign that came across the Aegean Sea would fall short of capturing Athens in 490 BC at the Bay of Marathon, seeing the invaders withdraw back into the empire. Though, Greece was not forgotten, Xerxes the new king launching the second invasion in 480 BC.

How did the Persian army being the size it was fail to capture Greece? Had their equipment and training been up to the same standard as the Greeks? Had they underestimated the way the Greeks fought, with their lands and armies quite different to what they encountered in the east. Or had their sheer size and reliance on various nations for their numbers brought them undone?

Although the Greeks had won a major victory with it defining a generation, how did this affect the Persian Empire? Victory verses defeat is not often a zero-sum game. The Greek theatre was on the extreme western fringe of the Empire and the integrity of the Persian Empire remained intact. But the defeat and the ongoing operations would have consequences as the decade’s past.

Relief of Persian and Median soldiers at Persepolis 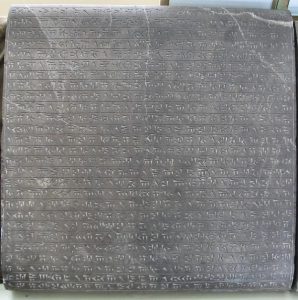