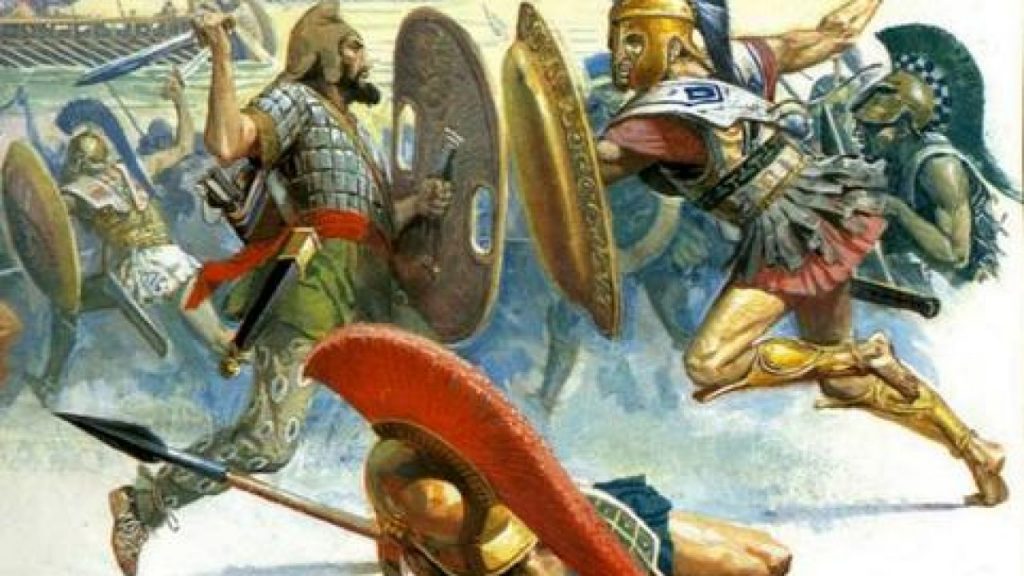 The Greek and Persian wars would be a defining moment in the Greek world helping shape the trajectory of development in Greece and around the Aegean for time to come. Even today a detailed ancient account survives describing the events of 2500 years in what is one of the oldest works of history. Herodotus who has been labelled the father of history would be born during the wars and would travel the Greek world later in life collecting all he could, so as to understand what brought the Greeks and Persian to make war.

In this episode we will be looking back at the last 18 episodes that looked at the Greco-Persian Wars and try and tie everything together, so as to refresh ourselves on all that has taken place over the 21 years since the Ionian revolt. This will then put us in a good position to then move on with the narrative of the series.

The Greek and Persian Wars are often seen as beginning with the decision by Athens and Eretria to send ships to aide the Ionian revolt. Herodotus would say; “These ships were the beginnings of evil for both Hellenes and Barbarians”. The revolt would ultimately fail and Persian attention would now be focused on Greece.

Two main invasions would be launched that would directly attack Greece, these coming in 490 BC and 48 BC. In these two invasions we see some of the most well know battles take place such as Marathon, Thermopylae and Salamis. Though some lesser known would also be fought, but just as, if not more important battles, Plataea, Mycale and Artemisium.

The Greeks would end up defeating the Persian invasions but this wouldn’t see the end of operations. The Persian threat still loomed large in their minds and measures were taken to strengthen themselves against any further invasions. This as we move forward in the series would have consequences shaping politics and relations as the years past.

Head Back to where it all started

The Ionian Revolt Support Casting Through Ancient Greece We now...