62: Crisis in the Aegean 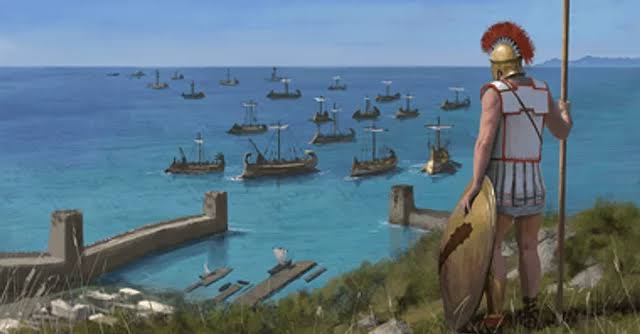 Crisis in the Aegean

After the battle of Tanagra, Athens was able to focus on pursuing its aims throughout Boeotia, the Gulf of Corinth and the Peloponnese. This saw Athens power and influence grow even more at the expense of Sparta and its allies. However, the disaster that would take place in Egypt for Athens would see them now needing to change their policies to better deal with the crisis that was brewing in the Aegean.

One of the first measures taken was to put in place a truce with Sparta, so as to reduce the threat of attack within Greece itself. This would then allow Athens to focus its now reduced resources to defending its control in the Aegean, this being the source of their power. The defeat in Egypt had seen some of the Delian league members view Athens in a weakened state. While, there was the fear Persia would once again campaign into Aegean.

Athens would first focus on tightening its grip on the league. They would campaign to force the revolting cities back in as tribute paying members. While then taking measures to ensure it would prove more difficult for future rebellions to take place. These would come in the form of coercion, building relations and economic dependency.

The other crisis Athens faced in the Aegean was the renewed threat of Persian actions into the Aegean. To deal with this they would arrange an expedition led by Cimon to the Persian controlled island of Cyprus. Although, the island would remain under Persian control the actions that took place would see what appear to be some sort of peace being made between Athens and Persia. Athens had now dealt with the crisis but matters on the Greek mainland had not been resolved and the truce with Sparta was soon due to expire. 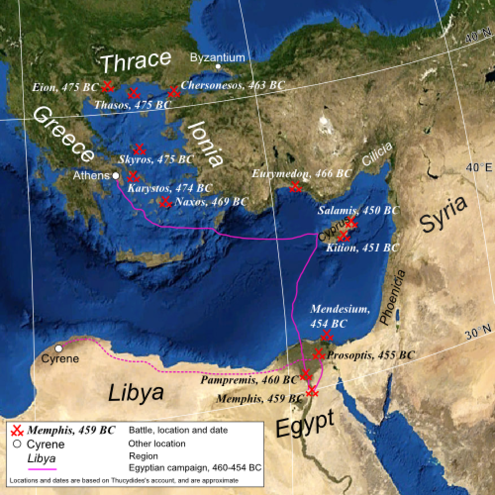